In 2007, for the first time more than 50% of mankind lived in big cities. People move there in spite of the often-degrading circumstances in which they end up. They still go because they have no other option. In the country, there is little or no work and as social security often does not exist, they have no choice but to leave and move to the cities, despite the bad living conditions, low pay, contaminated water and lack of sanitary facilities.

On the map below you can see the numbers of people living in cities. If you click on the map it will enlarge. 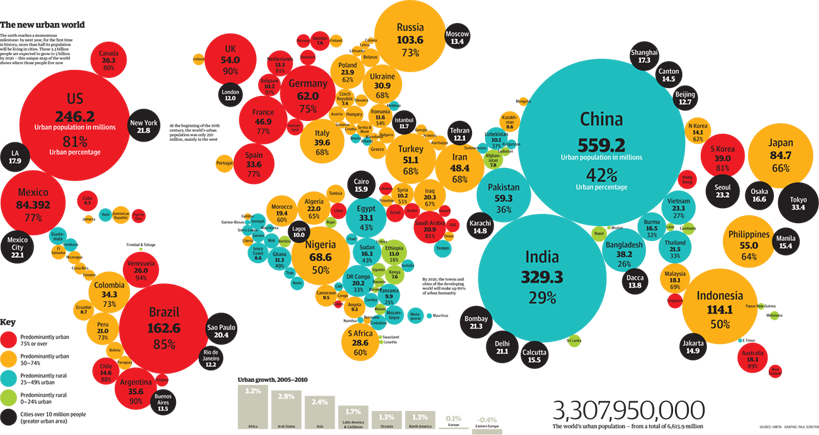 How do you stop migration?

Planting trees can change everything. By giving the tree center stage in all economic activities in the country, people can go back and find paid jobs and better living conditions. In this way, migration from the countryside to cities can be slowed down, or even be reversed.

In this way, the tree can remove pressure from the big cities and maintain or even restore the living conditions of half the world population. So, the tree is much more than producer of wood, medicine, fruit or biofuel. The tree also cleans the air, levels extreme climates, produces oxygen and absorbs all kinds of gasses, like CO2. But we should revitalize the tree’s principal aspect, which is becoming the most important economic pillar in every country where the exodus of the countryside disrupts the entire economy. Groasis makes this feasible.