It seems like there are more and intensified natural disasters in the recent years than before. Forest fires, floods, long droughts and especially over cropping (caused by ignorance), has deforested large areas. Areas that were once fertile are destroyed and there is more and more degraded farmland.

The results of the natural disasters are deforested mountain slopes, sultry semi-deserts, rivers are drying up, wild mudflows after a heavy rainfall, dead animals and deserted villages. Long story short, land that was fertile and usable has become worthless. In the end, this will have an influence on climate change.

As you can see in the pictures below, we have cut down many trees – especially in South America and Africa. 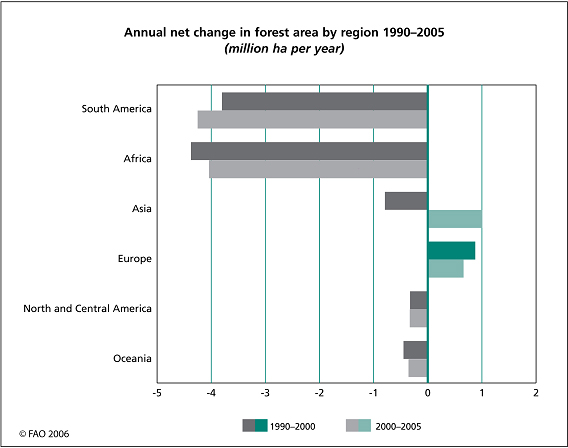 To combat deforestation and desertification, and to combat the natural disasters, we have to reforest the 2 billion hectares of degraded farmland. With an eye on the other natural problems – like the water shortage in the world – the Groasis Ecological Water Saving Technology is by far the quickest and cheapest way to reforest the lost disaster areas.

If we plant trees – for example – on a mountain slope, trees will reduce avalanches, keep the ground fertile, and will stop/slow down mudflows. Also, with trees on the mountain slopes, they will absorb the rain. While reforesting those and other areas, we can create more jobs, produce food, create wealth and reduce the CO2 concentration in the air!