However, the good news was that the tomatoes and melons grew so fast, that by the time the wicks clogged, the plants were able to find their own water and kept growing and producing. Urban farming could continue. During the urban farming experiments with the Waterboxx® plant cocoon, there was very little precipitation. It wasn’t enough to make a difference. Additionally, Bill started with nursery transplants, so the taproots never grew as deeply as they otherwise would have done. However, with the help of the Waterboxx® plant cocoon and the mycorrhizae that were used, the plants found enough water to survive. 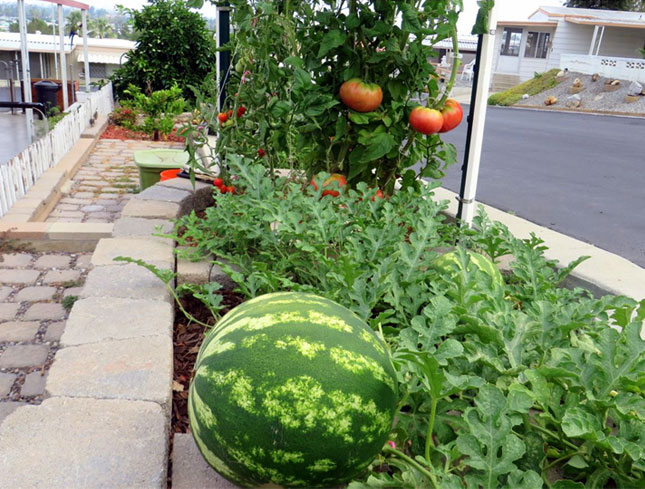 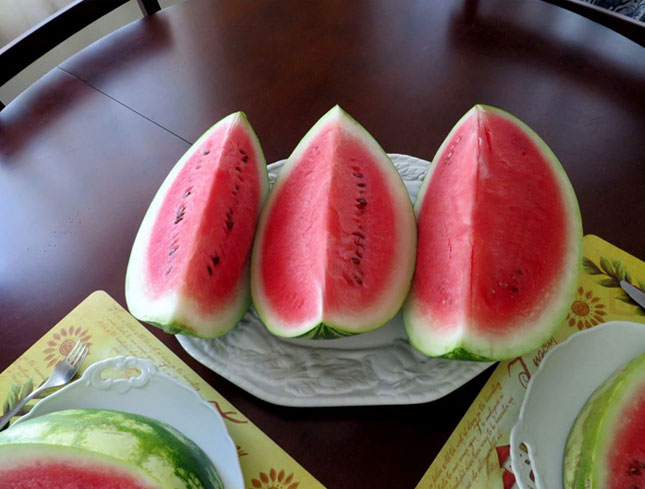 Tips for growing watermelons in your garden

Do you want to start growing watermelons in your garden with the Waterboxx® plant cocoon? Read the tips of Bill McNeese below: 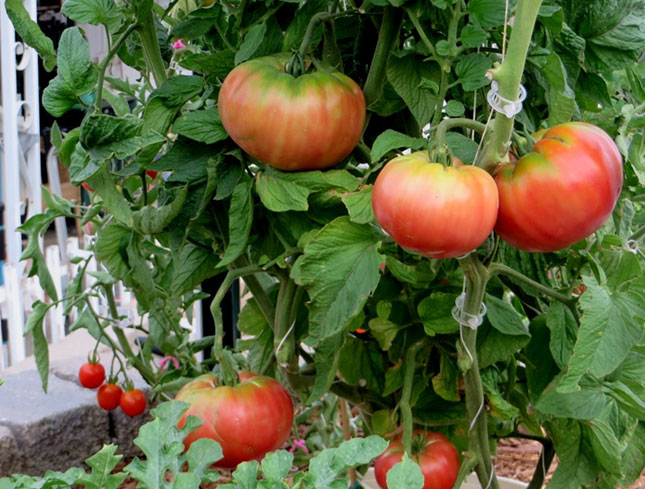 Optimal use of a long growing season

In areas with a long growing season, like California, a well-tended and healthy tomato plant can keep growing and producing for 7 months or longer (consider the Stupice and Juliet varieties). In that time, a plant may have used most of the available nutrients in just two, three of four months. In that case, Bill would consider feeding the plant with compost tea, seaweed or fish emulsion combo, poured directly in the center of the Waterboxx® plant cocoon.

Bill McNeese did not add additional water to the boxes since June 22nd, 2015. It has rained one week (about 2 inches), which was very positive for the growth of the plants. Also, the only (organic) fertilizer gives was at the planting. In total, Bill has harvested 114 ripe fruits from his Juliet tomato plant. The plant shows no sign of slowing down. Look like it might produce another 200 fruits!