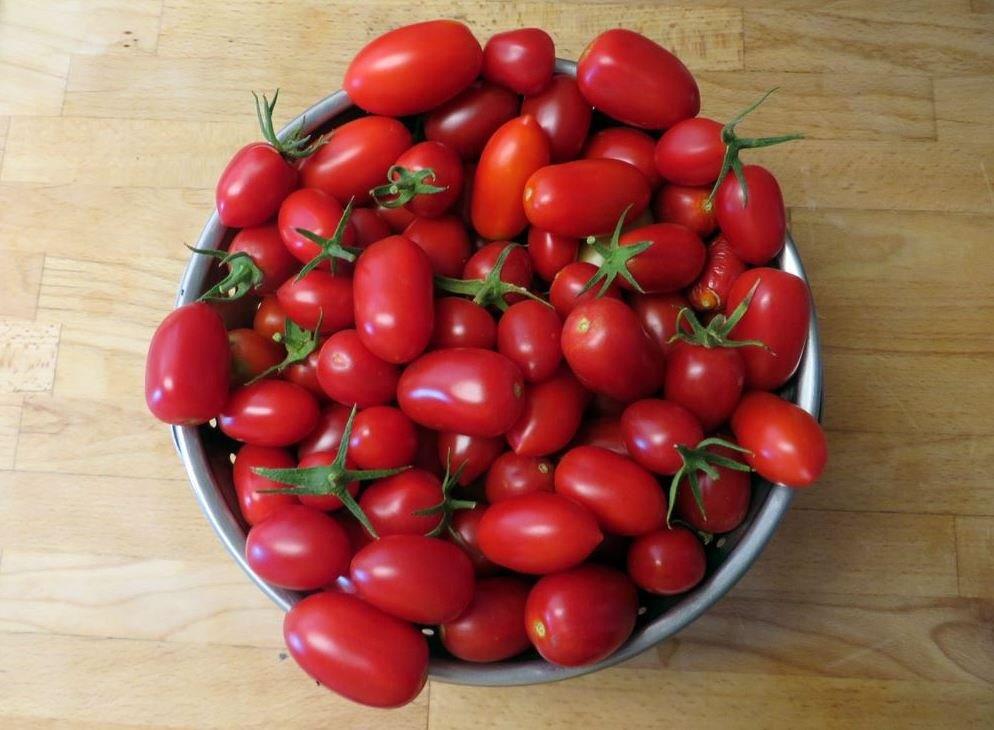 Which effect had the high temperatures and the intense sun?

As you can see on the image above, the fruits of the tomato plant are small. In contrast, the tomato plants produce a lot of fruits. Juliet produces more than the Early Girl in the other Waterboxx® plant cocoon (26 lb harvest).

As pointed out in the spreadsheet, none of the Waterboxx® plant cocoons received any fertilizer after planting. None of both boxes received any manual watering after mid-June. The temperatures most of the time were extreme (what isn’t a big surprise in California, big parts of the forests are on fire for months). Bill didn’t gave the plants protection from the afternoon sun. In retrospect, he should have done so. So, what pulled them through tough times? It could only be the moderating effect of Waterboxx® plant cocoon as a mulch to keep the soil cool and capillary water flowing. Of course, he kept the Waterboxx® plant cocoons full of water for their cooling effect.

Ideally, Bill should have begun giving regular water by August 1. This would lead to a higher production, larger fruits and a longer harvest period. Nevertheless, the plants produced for another month and a half in the sandy soil. The experiment was worth it.

The wicks of the Waterboxx® plant cocoon

Bill collects the rain water in the winter. He uses this water to (re)fill the Waterboxx® plant cocoons. He guesses that the wicks will continue to work well beyond 90 days if he uses rain (distilled) water. It is an excellent idea that Groasis would send another 100 free wicks by the 10 Waterboxx® plant cocoons. The users will have wicks for 10 years! Also, to make the wicks work longer, rain water or not, Bill is investigating various water filters (not water softeners) capable of removing most of the lime scale from our hard water. He needed a good water filter for the house anyway, to improve the quality of our drinking water.

All in all, the watermelons did a great job, the eggplants produced a tremendous amount of fruits and the peppers did well initially. We even could’ve done better with some afternoon shade.