As unbelievable as it sounds, at this moment is Juliet still producing! Total count:

As you might have seen for the U.S. news, last week Bill had some of the fiercest Santa Ana winds ever, and they were fanning five wild fires. Wind gusts up to 90 mph made it dangerous walking around outside.

The Juliet sustained major damage on the windward side, foliage stripped off and dozens of fruits missing. Required heavy cleanup/pruning, re-stringing, because the trellis came down, too. Bill will go even stronger next year with the bands to hold the vertical supports in place. Nevertheless, this morning Bill picked 52 nice fruits, 1.51 lbs. (0.7 kg). Most of these came from the undamaged side of the plant. New tiny new fruits still developing. 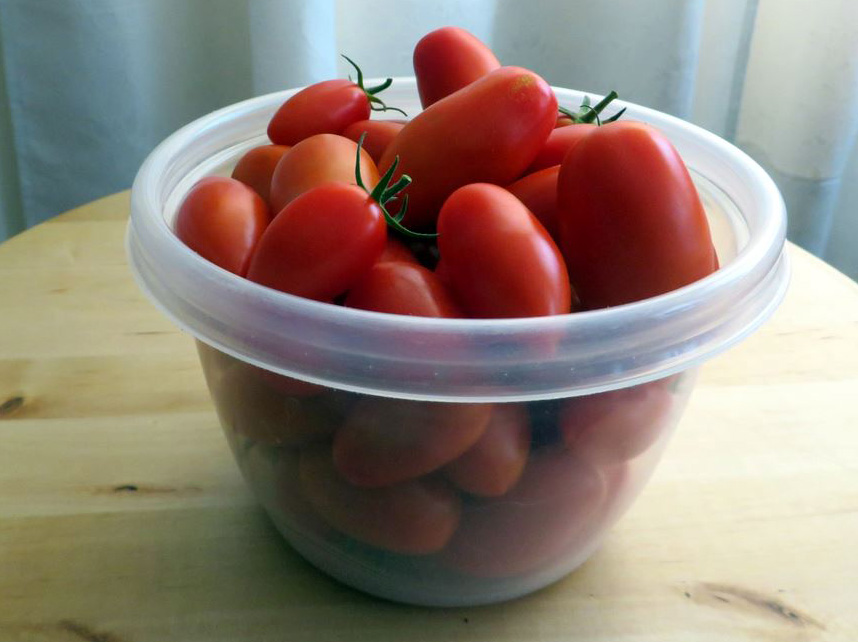 It is already December 19, but it is amazing, the plant still produces at this moment! The plant just won’t give up. December has now surpassed both October and November. In December, 540 fruits have been picked with a total weight of 15.58 lbs. (7.1 kg).

Just down the hill from Bill’s house, 50 feet below (1.5m), they had two recent freezes. Because of our micro-climate/elevation, Bill stayed a couple degrees above freezing.

What have we learned about this plant (in Waterboxx®) that Bill believes no one else has reported?

A few years back, Bill read about a grower that claimed 50 to 60 lbs. (22 to 27 kg) per plant. He tended to think he was exaggerating. No one else claimed anything near that. Bill had to find out for himself. 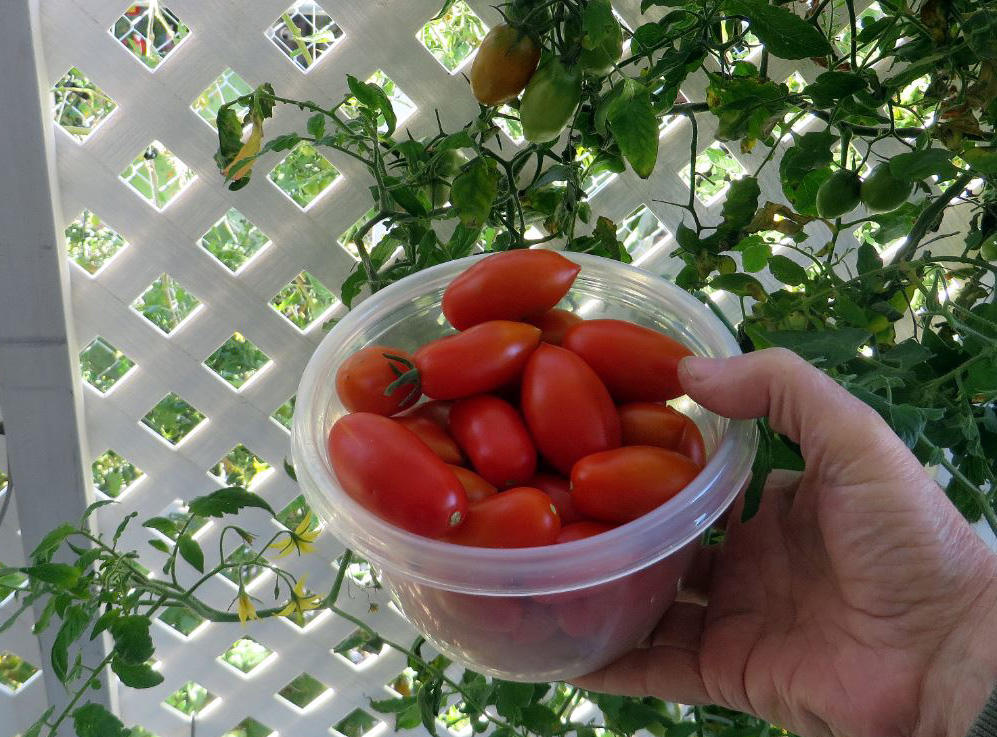