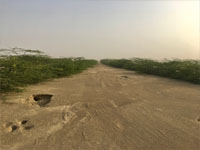 Planting trees in the desert of Kuwait? The organization Kuwait Oasis has accepted this challenge. To test the functioning of the Waterboxx® plant cocoon in the most extreme conditions, Ghaf trees were planted during an extreme hot summer season (May 2012) in the southern part of the desert of Kuwait.

The southern part of the desert of Kuwait has multiple challenges for the Waterboxx® plant cocoon and Kuwait Oasis. This area has a lack of life and species (as you can see on the image below), there was no rainfall during the summer, the humidity was around 35% and the temperatures rose to an extreme of 50 ⁰C.

Planting trees with less water in the heat of Kuwait was an extreme challenge for Kuwait Oasis. But in the end, we were more than satisfied with the results. It was a private project to green the country. It was sponsored by VIVA the telephone provider. Originally it was meant to reforest the area with irrigation. So in September 2011 - after the hot Summer - 5,000 Mimosa Wattle (latin name Acacia farnesiana) trees were planted with drip irrigation. However, not only is the installation expensive and it uses energy, these trees also consume each day 3 liters of water that is so scarse in Kuweit. In May 2012 Kuweit Oasis heard of the Groasis Technology and planted 5 boxes on the 28th. Normally it is not possible to plant during this hot period without irrigation.

During our check on June 25 2012 we found all the 10 trees well growing with strong fresh leaves. Kuweit is not only one of the hottest areas and has one of the highest radiation on Earth but because it is in the North of the Middle East, its days are also longer. However, the trees have no problem at all with it due to the cooling effect of the Waterboxx plant cocoon and after the longest day on June 21, the days get shorter and cooler so they will continu to grow well. The trees will only get a total of 75 liters once in a life time and then never any help anymore. The Groasis Technnology forces the roots to grow deep and find their own water.

After the trial of 10 trees, Kuwait Oasis has planted more trees! 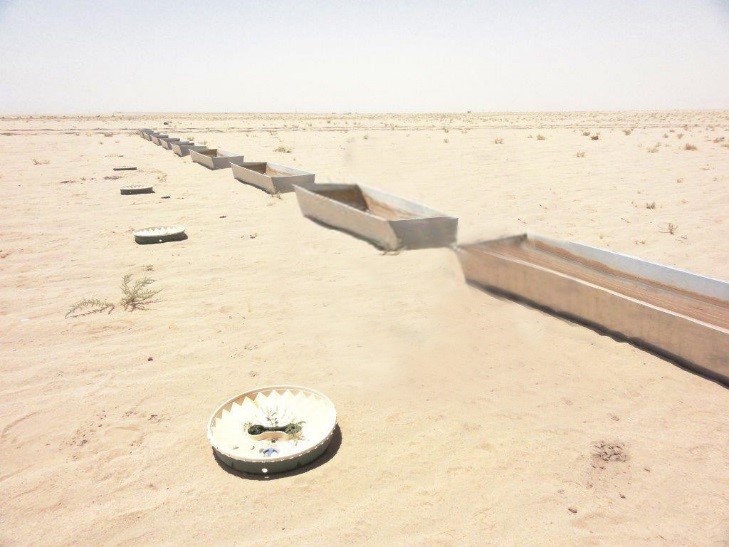 Planting trees in Kuwait with minimum water use

For the bigger project, Ghaf trees were used with a maximum age of one year old. The trees were trimmed till they had a height of 30 centimeters. Besides this, they almost didn’t have any leaves left. When the young trees were planted, no fertilizers or other grow enhancers were used. Also, no agents to retain water in the soil were used.

The Waterboxx plant cocoons were filled three times. The first time was during the plantation, after 4 months they received a refill and in february 2013 for the third and last time. When the trees are planted in a climate like this, it is advisable to refill the boxes.

All trees that were planted with this project survived and grew faster than expected. Every tree branched to 3 other trees and the density of the leaves is exceptional. After the Waterboxx® plant cocoons were removed all trees were able to sustain themselves what resulted in a survival rate of 100%.

During the summer of 2013 no irrigation or watering was done and the trees are thriving. On the picture below you see the trees. As you can see, the Waterboxx® plant cocoons are removed and the trees can grow independent in the desert of Kuwait. 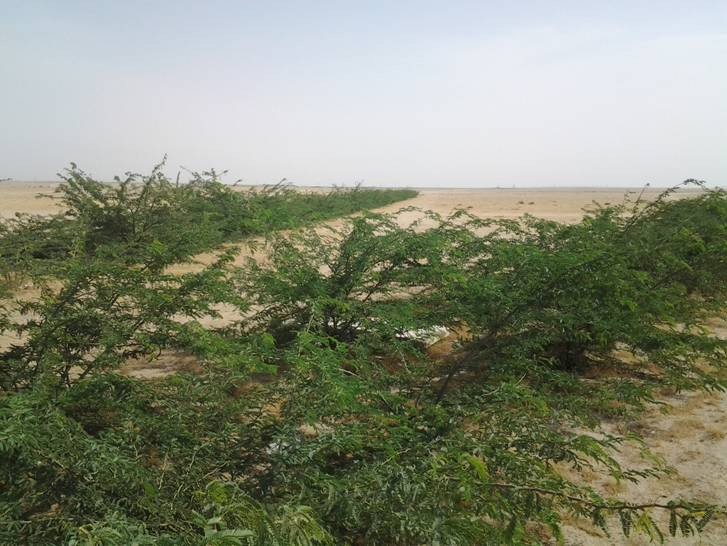 More information about this tree planting project in Kuwait

Download here the update from Khaled Alkulaib, Team Leader Kuwait Oasis. For all the pictures of this project go to our photo album.