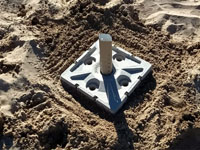 At the beginning of 2018 we have started a project with the biodegradable Growboxx® plant cocoon in Mexicali, Mexico. The project has been carried out by Pronatura and financed by SPA (Secretaría de Protección al Ambiente of the State of Baja California). It is a remarkable place to plant trees. The area suffers from sandstorms and hares’ plagues.

The plant process of the Growboxx® plant cocoon

Because so many trees had to be planted with Growboxxes, we used the Groasis Capillary drill to make planting holes. By using this drill, many plant holes could be made without destroying the fragile capillary system in the soil. After making the plant holes, they were filled with water. After the water had been drawn into the soil and a capillary column of water had formed (hours later), the planting of the Mezquiete (var Prosopis glandulosa) started.

After planting, the Growboxxes were filled with 18 liters of water each. The biodegradable BioGrowsafe was placed last around the tree and in the Growboxx® plant cocoon. The BioGrowsafe ensures that animals cannot easily nibble on the trees. The BioGrowsafe can grow together with the trees because you can stack several BioGrowsafes on top of each other by using the special click system. 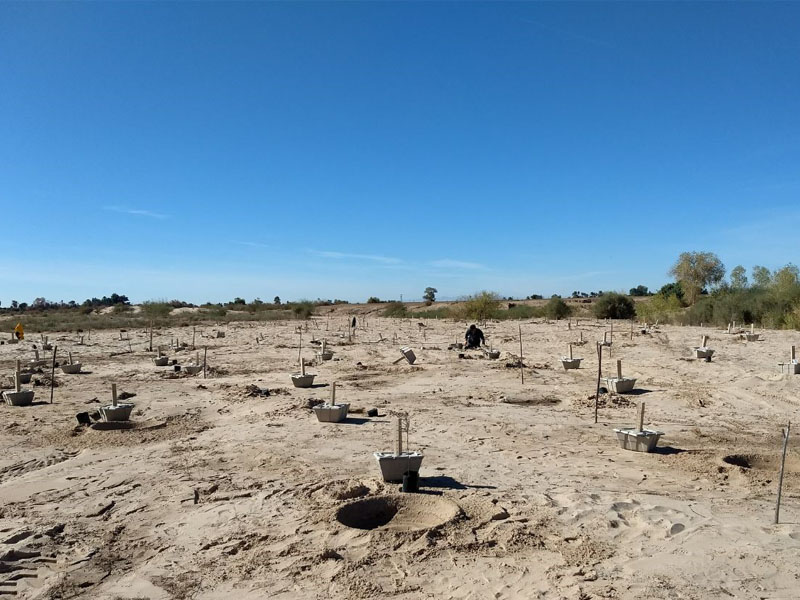 The plant place. The holes have been made and filled with water. After waiting 12 to 24 hours, we can plant tree trees and install the Growboxxes

A high survival rate after 4 months

After 4 months (April 2018), the survival rate is still exceptionally high. 99% of the 2250 planted trees are still standing and growing well. During the visit of the plant site at the end of April a heavy sandstorm was under way. Watch the video below to get an impression!

Due to the sandstorms, the boxes are covered by and sometimes they even shift from place if the roots have not yet properly inserted. The Growboxx® plant cocoon also offers a lot of protection at times like this. The plants themselves find little trouble due to the use of the box and the BioGrowafe and continue to grow steadily! 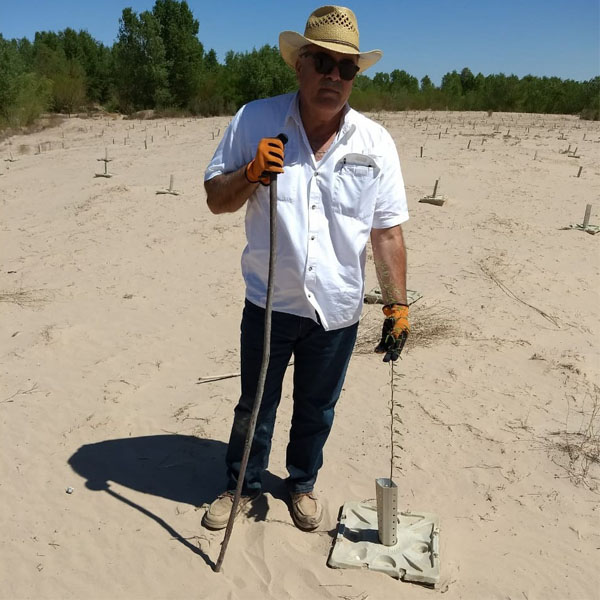